TechHui is a social network focusing on the local Hawaii high tech community. We interviewed Mika Leuck, founder of TechHui, to find out more.

Hi Mika. First off, can you tell us how TechHui got started and what motivated its creation? 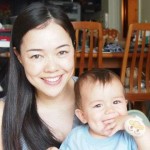 How does TechHui function today? What do you think are its most important contributions to the Hawaii high tech industry?

It functions as a place where everyone from students to seasoned professionals can ask questions about subjects such as Hawaii tech jobs, education and meetups. Its been very gratifying to hear from returning kamaʻaina that they found a job that let them return home on TechHui.

On the political front TechHui has been used to organize people to oppose bills relating to topics such as aggressive monitoring of internet activity and anti-innovation economy measures. The testimony that has been submitted as a result of these efforts has had a significant impact on law making over the past three years.

TechHui is the largest aggregated calendar of tech and design meetups in the state. Hundreds of individuals and organizations post tech meetups, conferences and classes. There are over 150 interest groups where members can find those with similar interests and organize events.

Its also a place where you are guaranteed local eye balls for your blog posts. Weʻve worked very hard, along with many other members of the community, to make sure its a place where civil conversation and intellectual discourse is expected. You very rarely see name calling on TechHui. The communityʻs immune system squashes hostile and immature comments very efficiently.

Finally, its a place that bridges education, government and industry. UH, and you in particular, have been instrumental on the education front. Following UHʻs lead, weʻve seen other schools starting to participate.

There are many other functions TechHui serves (classifieds, photo sharing, etc.) but I believe the key contributions are those listed above.

We greatly appreciate that, and we know your students benefit from it. Students and faculty should join because, in addition to being a valuable tool for communication within UH, it gives them a window into industry, government and other schools. They can ask about the job market, who is doing interesting projects in their field and what is happening at other schools.

Can you tell us about one interesting event or activity that was initiated through TechHui? 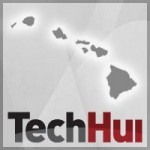 The annual TechHui Conference is probably the largest, but its given rise to techie groups on neighbor islands (Maui Techies and Big Island Techies) and has been used as the primary promotional tool for events such as Ignite Honolulu. Non-profit groups have used TechHui to collect computers for homeless shelters and find lab equipment for public schools.

Five years from now, what do you hope will have changed at TechHui?

The community becomes more valuable to members as it grows, so the main thing we would like to see is growth in membership, especially active members. It would be great to see adoption of some of our newer features such as classifieds for tech equipment. We would love to see even more involvement from the education sector.

Is there anything else you’d like us to know?

We just want to say that we greatly value UHʻs involvement in growing the TechHui community. We hope to see more educators and students on TechHui in the coming years.