Blog - Latest News
You are here: Home / All / Awards / Susanne Still Receives a Grant from the Foundational Questions Institu... 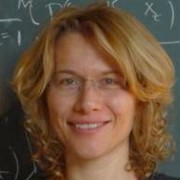 Professor Susanne Still has received a $115,000 grant from the Foundational Questions Institute for her project titled “Thermodynamics of Agency.”

The goal of the Foundational Questions Institute (FQXi) is “To catalyze, support, and disseminate research on questions at the foundations of physics and cosmology, particularly new frontiers and innovative ideas integral to a deep understanding of reality but unlikely to be supported by conventional funding sources.”

How does physical reality reveal itself to the conscious mind? In trying to understand the fundamental nature of reality, we realize that it is by no means a given that we can have a fully objective description of reality which is independent of the observer. Furthermore, we realize that observers are agents which change the reality for which they construct descriptions, in the process of learning about it. This brings up deep and controversial questions: Is physical theory making is an intrinsically interactive process, a communication between the universe and the creatures that inhabit it? Is consciousness is an emergent phenomenon of this process, or rather its original creative cause? To tackle questions such as these, a better understanding of agency in the physical world is required. Agents are embedded in physical reality, and, as such, subject to fundamental physical limits. Therefore, we can ask: Does pushing these limits result in general rules for agent behavior? We will derive rules on information acquisition and behavioral strategies from optimizing bounds on energy efficiency, and then ask how these rules come to bear on theory making. Specifically, do they support the reconstruction of quantum mechanics used in the existing operational approach?