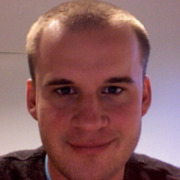 Compositionality and process equivalence are both standard concepts of process algebra. Compositionality means that the behaviour of a compound system relies only on the behaviour of its components, i.e. there is no emergent behaviour. Process equivalence means that the explicit statespace of a system takes a back seat to its interaction patterns: the information that an environment can obtain though interaction. Petri nets are a widely used and understood, model of concurrency. Nevertheless, they have often been described as a non-compositional model, and tools tend to deal with monolithic, globally-specified models. In this talk I will introduce Petri Nets with Boundaries (PNB), which is a compositional, graphical algebra of elementary net systems, an important class of Petri nets. I will show that compositionality and process equivalence are a powerful combination that can be harnessed to improve the performance of checking reachability and coverability in several common examples where Petri nets model realistic concurrent systems.