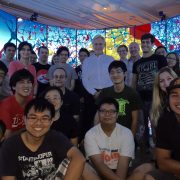 Known for directing films such as Grease, The Blue Lagoon, Flight of the Navigator, and Honey I Blew Up the Kids, Randal Kleiser visits the Laboratory for Advanced Visualization and Applications to deliver an Academy for Creative Media Master Series lecture on 360 film production. The lecture was delivered as part of Professor Jason Leigh’s Virtual Reality and Augmented Reality class.

Kleiser spoke of his experiences in directing the 360 short film: Defrost, based on a script he had written before producing Grease in 1987. In addition the students treated him to demonstrations of their latest VR and AR creations.

Defrost is a sci-fi screen play about cryogenic life extension where a woman gets woken up from decades of sub-zero temperature suspension, to find herself confronted with a much older family, and a nagging suspicion that some things just don’t feel right.

In the film, the viewer plays as the protagonist and experiences it using a virtual reality headset such as the HTC Vive or Oculus. 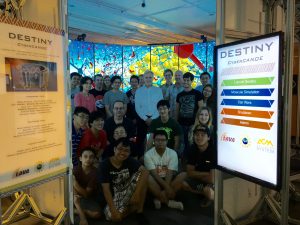