Blog - Latest News
You are here: Home / All / Events / Laboratory for Advanced Visualization and Applications Releases SAGE2 at... 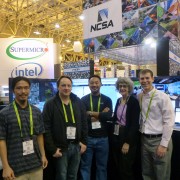 At Supercomputing 2014 in New Orleans, the Laboratory for Advanced Visualization and Applications (LAVA) at the University of Hawaiʻi at Mānoa, and the Electronic Visualization Laboratory at the University of Illinois at Chicago, demonstrated the next generation of SAGE (the Scalable Adaptive Graphics Environment), now called the Scalable Amplified Group Environment. SAGE2 was demonstrated at the National Center for Supercomputing Applications booth.

To date nearly 200 institutions worldwide use the SAGE software to drive ultra high resolution display walls to enable researchers and educators to juxtapose and interact with large scale data visualizations. The team also announced the open source release of the Beta version of SAGE2. 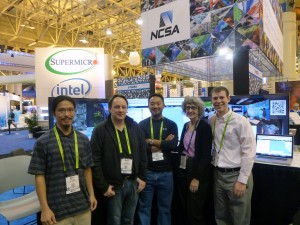 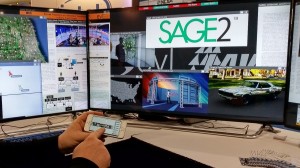