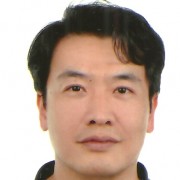 The ICS Department is delighted to announce that Depeng Li will be joining our faculty in Fall, 2013.

Dr. Li is currently working as a Post-Doctoral Researcher on a joint research project called “Cyber Security for Smart Power Grids” sponsored by the Massachusetts Institute of Technology and Masdar Institute.

He also has a research background in security and performance evaluation of wireless and wireline communication networks. From 2008 to 2010, he worked with Microsoft Corporation on security analyses and development for network security protocols including: IPsec, Firewall and IPv6 tunneling technology for Windows 7 and 8. From 2007 to 2008, he worked with Research In Motion (RIM) on the development of Blackberry smartphones.