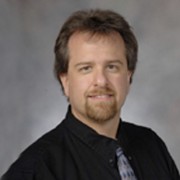 The U.S. Presidential election in 2000 brought issues of voting system usability to the public consciousness via the “butterfly ballot” and ubiquitous media coverage of hanging chads. This prompted federal legislation which led to widespread adoption of electronic voting systems. However, fundamental questions about voting system usability were not answered before this sweeping change: Just how usable were the technologies being replaced? How do new electronic systems compare to those systems? How do security concerns about electronic voting factor in?

We now have data that help answer some of these questions but which raise serious concerns about the systems we use to participate in our democracy. Errors rates larger than the margin of victory in some races appear at multiple points in the voting process, and this problem is likely to persist and possibly worsen without concerted efforts from multiple sources, including the HCI community.

About the speaker:  Mike Byrne is a Professor of Psychology and Computer Science at Rice University.  His primary research areas are concerned with usability of technological systems and mathematical/computational models of human cognition and performance with a strong interest in understanding human error. This includes basic scientific work on theories of human cognition and performance as well as applied usability testing efforts, particularly in the area of voting. His research has been funded by NASA, the Office of Naval Research, NIST, and the NSF. Mike received a B.S. in Engineering and a B.A. in Psychology from the University of Michigan in 1991. The Georgia Institute of Technology awarded him an M.S. in Psychology in 1993, an M.S. in Computer Science in 1995, and a Ph.D. in Experimental Psychology in 1996. He has served as associate editor of the journal Cognitive Science and on the editorial boards of the journals Human Factors, Journal of Experimental Psychology: Applied, and Cognitive Engineering and Decision Making.